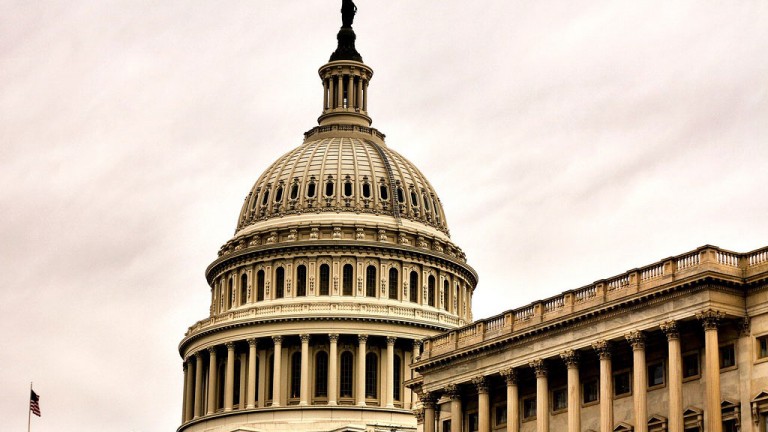 Facebook’s plan to create a new digital currency will be in the spotlight later this week in Washington, thanks to two high-profile congressional hearings on the schedule. But members of the House of Representatives may have already set the tone for the discussion by proposing legislation that would stop the new proposed currency, called Libra, in its tracks.

The news: Reuters reports that Democratic members of the House Financial Services Committee, which will hold a Libra-focused hearing on Wednesday, have circulated a draft bill  called the Keep Big Tech Out of Finance Act that would ban companies that “mainly offer an online platform service with at least $25 billion in annual revenue” from issuing digital assets. (Facebook generated more than $55 billion in revenue last year.)

Political messaging: Such a sweeping ban would probably have a hard time getting through Congress. But the point of the proposal may simply be to send a message to Facebook and other tech companies about what they are up against if they really want to create their own money.

It’s also just the latest pushback against the project from powerful US politicians. Maxine Waters, chair of the same House committee, has already called on Facebook to halt the project until Congress can learn more about it. Even President Donald Trump has publicly expressed opposition to Libra, framing it in recent tweets as a threat to the US dollar.

In the hot seat: David Marcus, head of Facebook’s blockchain project, will be in for a grilling this week. Before he heads to the House, he’ll sit down with the Senate Banking Committee on Tuesday.

Marcus will be pressed for more details on how Libra will work, from both a financial and technical perspective. He’ll likely have to apologize again for Facebook’s past record on privacy. And he may even have to persuade Congress not to ban big technology companies from creating digital money. No pressure!