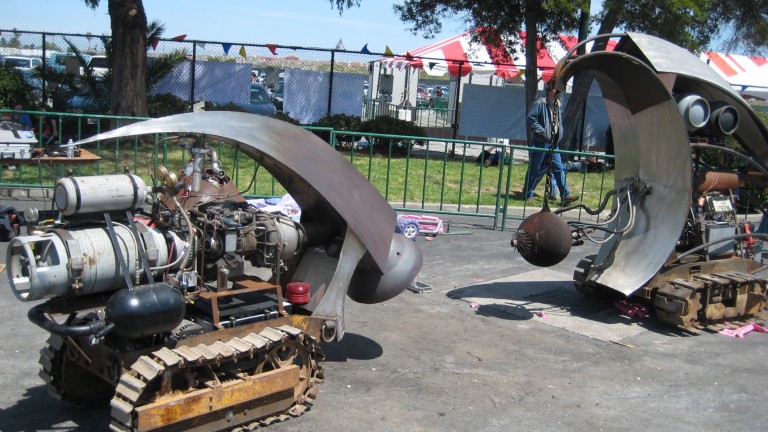 The news: YouTube has been taking down videos of robots fighting, mistaking them for videos that show “deliberate infliction of animal suffering.” The removals were first noticed by YouTuber Maker’s Muse, and affected a number of channels run by contenders on the TV show BattleBots, a robot-fighting series. Sarah Pohorecky, who had multiple videos removed, told Motherboard that 10 to 15 other contestants had been affected. They received emails from YouTube stating that videos of animals being forced to fight are not permitted on the site. YouTube said it has since reinstated the videos, and notes that people can challenge the decision when their content is removed from the site.

But why were they removed in the first place? Given the lack of clarity about YouTube’s internal processes, it’s hard to say. Some of the videos had animal names in the title, but we don’t know whether it was one of YouTube’s notorious algorithms or a human reviewer that made the decision to remove them.

A fine line to tread: YouTube has come in for a lot of criticism over the presence of violent videos or hate speech on the site, and there’s evidence its recommendation engine has helped push people toward radicalizing content. It’s under pressure to ramp up moderation efforts, but at the same time, if it relies too heavily on automated video removals, it risks upsetting the very people it relies on for its livelihood: channel owners themselves.

Robot feelings: While this was obviously a mistake, research has shown that we  humans feel uncomfortable when they see robots being treated unfairly. MIT’s Kate Darling has spoken in the past about how we often treat robots as if they are alive and thus hate to see them in “pain” or being mistreated. Perhaps YouTube knows us better than we think.