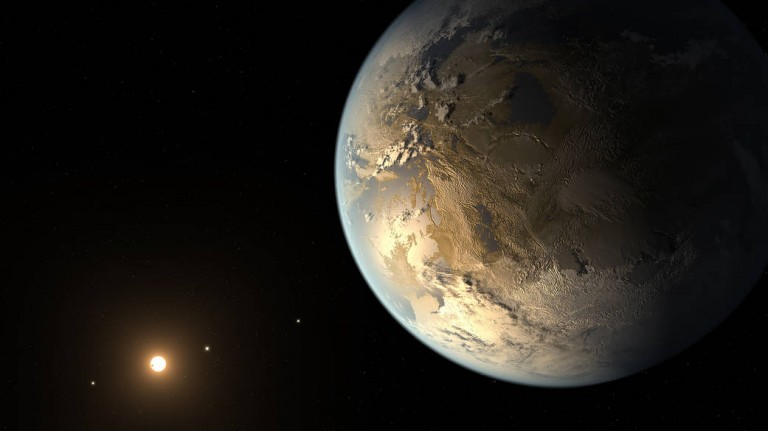 The telltale signature that Earth’s atmosphere produces when it passes in front of the sun could help us find out if other worlds are potentially habitable.

Stellar signs: When a planet “transits” its host star (passes in front of it from Earth’s vantage point), the particle chemistry of the planet’s atmosphere scatters, absorbs, and refracts the starlight in very specific ways. You can use these transits to confirm the presence of things like water vapor or the amount of gases like oxygen and carbon dioxide. You can even detect biosignatures like methane or other organic compounds that hint at the presence of extraterrestrial life.

The technology: Two astronomers, based at McGill University in Montreal, pored over data collected by the Canadian Space Agency’s SCISAT satellite, which was originally launched to help us better understand Earth’s ozone depletion. Since 2004, SCISAT has made continuous observation of the light that passes through the atmosphere when Earth is in front of the sun. The researchers used this data to simulate what the entire planet’s transit spectrum looks like in infrared light, something that’s never been done before. The findings were published last week in the Monthly Notices of the Royal Astronomical Society.

Why it matters: Earth’s “fingerprint” gives clues into what we ought to look for as we study other exoplanet transits in greater detail and attempt to confirm their potential habitability, such as in the TRAPPIST-1 system. The researchers are particularly bullish that the successor to Hubble, the James Webb Space Telescope, will be an invaluable tool for this type of work when it’s finally operational in just a few years.