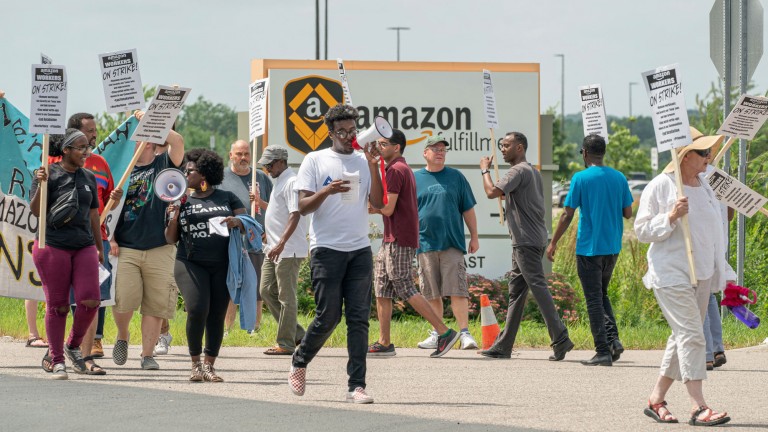 It’s part of a global general strike due to take place on September 20, led by activist Greta Thunberg.

The news: Over 900 employees have signed an internal petition to walk out over their employer’s lack of action on climate change, Wired reports. It would be the first time workers at its Seattle headquarters have gone on strike (however, Wired also reports that many of them are taking paid vacation to do so, which somewhat misses the entire point.)

It’s likely the number planning to strike will grow, as Amazon workers in other offices around the world have expressed an interest in joining. Employees at Microsoft are also planning to walk out. There have been previous strikes at Amazon, but they have mostly been conducted by workers at the company's warehouses demanding better conditions and pay.

The demands: The group behind the strike, Amazon Employees for Climate Justice, have issued three demands. It wants Amazon to stop giving money to politicians and lobbyists that deny climate change, to achieve zero carbon emissions as a business by 2030, and to stop working with oil and gas firms to accelerate extraction.

Growing activism: There’s been a significant growth in protests by people working for tech giants in the last couple of years, and revelations from Gizmodo in April over how Amazon has been courting the fossil fuel industry were met with anger from employees. Amazon has said it will make 50 percent of shipping net zero carbon by 2030, but that is not fast enough for the protestors. Amazon has also promised to reveal its carbon footprint at some point this year, but has yet to fulfil that pledge. For now, we can only guess.

This story first appeared in our daily newsletter The Download. Sign up here to get your dose of the latest must-read news from the world of emerging tech.