Sorry, Silicon Valley: your tormentor-in-chief just got a bunch of new powers 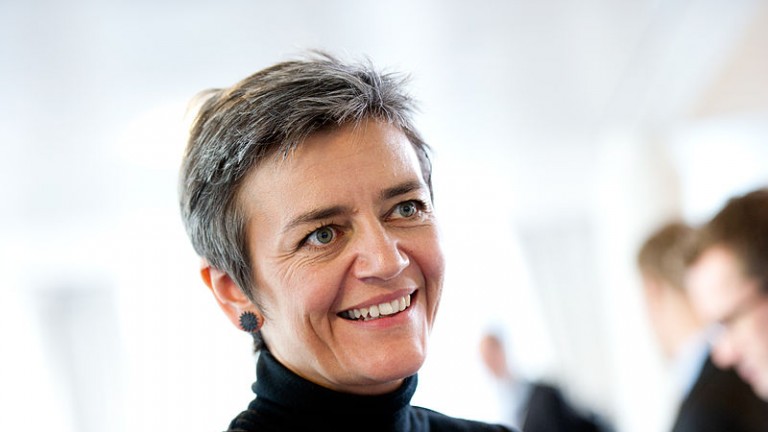 European competition commissioner Margrethe Vestager has been given a beefed-up role with responsibilities for drawing up new regulations for the technology sector.

The news: Vestager, a Danish politician, was appointed the European Commission’s executive vice president for digital yesterday, a role she will fulfill on top of being the region’s competition chief for another five-year term. The commission is the executive branch of the European Union.

What does that mean? As well as enforcing antitrust laws, Vestager will now supervise the creation and enforcement of European Union policies on cybersecurity, big data, and taxation of digital companies. It’s a clear signal that the EU intends to keep closely scrutinizing big tech companies and their business practices.

Her greatest hits: Since she was appointed to the competition job back in 2014, Vestager has become best-known for slapping tech companies with significant fines. In all, she’s fined Google more than $9 billion since 2017 for anticompetitive behavior, and Apple more than $15 billion over an illegal tax arrangement.

Over to you, US: There’s been an awful lot of talk about antitrust and Big Tech in the US, especially in the run-up to next year’s presidential election, but action has mostly fallen flat so far. Despite complaints of anti-US bias, the EU’s actions could help nudge politicians and regulators on the other side of the pond to take a tougher line. It’s hugely popular with the electorate, too, which can’t hurt.