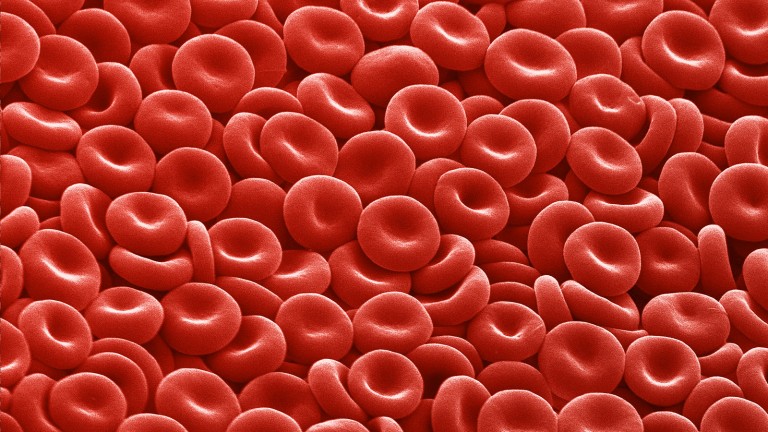 The era of editing human genes to treat inherited disease has arrived. That’s according to a pair of biotech companies that say they’ve eliminated painful symptoms from two patients with blood diseases.

The patients: One has sickle-cell disease and the other suffers from beta thalassemia. For both, the problem is too little hemoglobin, the oxygen carrier in the blood.

Earlier this year, each patient underwent an intensive treatment in which doctors collected bone marrow cells and then employed the gene-editing technology CRISPR to turn on a second copy of the hemoglobin gene, normally not active in adults. Then the cells were returned to their bodies.

The result: CRISPR Therapeutics and Vertex Pharmaceuticals, the companies leading the first-of-a-kind effort, say there are signs the treatments have worked. The beta thalassemia patient, for instance, who lives in Europe, used to receive about 16 blood transfusions a year but hasn’t needed one since the treatment. According to NPR, the sickle-cell patient, a 34-year-old named Victoria Gray, no longer suffers from the pain attacks typical of that condition.

“This preliminary data shows for the first time that gene editing has actually helped a patient with sickle-cell disease. This is definitely a huge deal,” Haydar Frangoul of the Sarah Cannon Research Institute told NPR.

Gene therapy: The apparent success of CRISPR technology expands on the growing record of positive results for gene therapy, or the idea of repairing and replacing disease-causing genes. Both patients did suffer some serious side effects, because their immune systems needed to be mostly destroyed with chemotherapy before the repaired bone marrow cells were reinfused.

High cost: Given the substantial lifelong expense of treating these blood diseases, including hospital admissions, you can expect companies to try to charge insurers prices in the millions if they get a CRISPR cure approved. For now, the biotechs don’t want to talk about the costs. Samarth Kulkarni, CEO of CRISPR Therapeutics, told Forbes it is “too early to contemplate any sort of pricing decisions.”