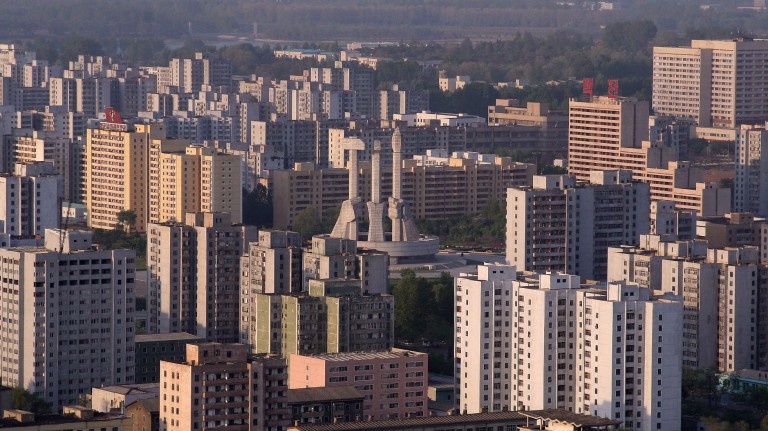 A forthcoming report from sanctions experts at the United Nations warns people not to attend a cryptocurrency conference in North Korea next month, since it might violate sanctions.

The news: The confidential report will be submitted to the UN Security Council later this month, according to Reuters. It warns that previous presentations at the same conference “have included explicit discussions of cryptocurrency for sanctions evasion and money laundering.” The next one will be held in Pyongyang February 22 to 29.

Crypto-for-weapons: North Korea faces severe restrictions on trade, which individual nations and the UN have imposed in an attempt to curtail the development of its nuclear weapons program. As a workaround, Kim Jong-un’s regime has resorted to cybercrime. In August, the same UN sanctions experts told the council that North Korea had used “widespread and increasingly sophisticated” cyberattacks to steal money from cryptocurrency exchanges and banks, which it used to fund its weapons program. According to Reuters, the UN report states that countries must prevent provision of “financial transactions, technical training, advice, services or assistance” if they believe this activity contributes to North Korea’s missile programs or helps it get around sanctions.

A hot-button issue: Last April, North Korea held its first cryptocurrency conference. An anonymous attendee told cryptocurrency news outlet Decrypt that the attendees, who included government officials, employees at the state-owned banks, and economics professors, wanted to know how to use cryptocurrency systems like Bitcoin and Ethereum to send payments and enforce agreements outside their own borders.

Be warned: In November, the US Department of Justice arrested Virgil Griffith, an Ethereum developer, and accused him of traveling illegally to Pyongyang for the conference and providing “services” to North Korean attendees in a way that violated US sanctions. Last week, Griffith was indicted in federal court and charged with one count of conspiracy to violate US sanctions law. He faces up to 20 years in jail.