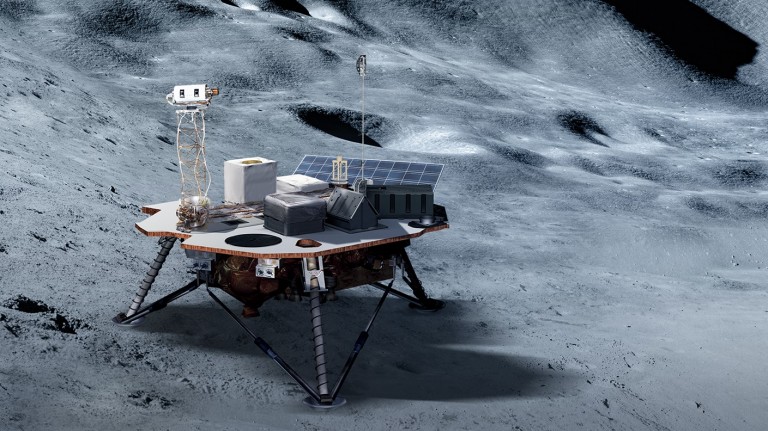 NASA has announced the first 16 science and technology payloads it plans to send to the moon next year. As a part of the Commercial Lunar Payloads Services (CLPS) program, the instruments will be delivered by landers built and operated by private companies.

Laying the ground work: Before humans set foot on the moon in 2024 (or later, probably), NASA wants to do a little prep work. The agency hasn’t run any on-the-ground research on the moon since the Apollo program. It’s never landed at the South Pole, a place that’s supposed to be a treasure trove of water ice reserves that could prove useful to human exploration efforts in the future (and where Artemis is focusing its efforts). And there are a ton of new spaceflight technologies it wants to test out before the real deal.

The payloads: There are too many to list, but the most interesting ones are critical for helping us land humans on the surface, or could give us a better clue of where the water ice is and how we can access it.

They include the laser retro-reflector array (LRA) and Navigation Doppler Lidar for Precise Velocity and Range Sensing (NDL), which are meant to provide precise data for landers trying to touch down on the surface, and the Neutron Spectrometer System (NSS) and the Neutron Measurements at the Lunar Surface (NMLS) instrument, designed to detect the presence of water near the lunar surface. The Stereo Cameras for Lunar Plume-Surface Studies (SCALPSS) experiment will study surface plumes created during a lander’s descent, to help engineers build better vehicles for the moon and Mars.

How will they get there? NASA is bullish about the fact that it wants to use Artemis as a launchpad for opportunities for the private space industry. Astrobotic is building the first lander, Peregrine. It will carry 11 payloads to the surface and be launched on a United Launch Alliance rocket.

The second lander, called Nova-C, is being built by Intuitive Machines. It will carry five payloads and be launched on a SpaceX Falcon 9 rocket. Both missions will launch in 2021.