Virus in Chinese outbreak is closest to one from bats, not snakes 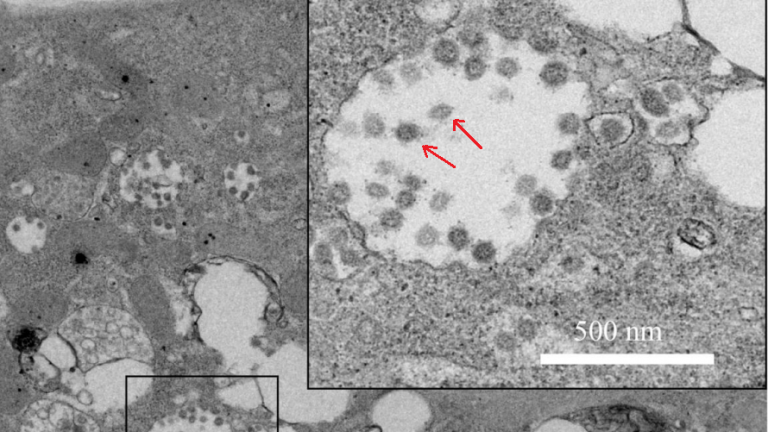 Researchers say the virus spreading through China is in the same family as SARS and closest to one found in bats.

Discovery: Today, researchers led by Zheng-Li Shi at the Wuhan Institute for Virology posted a paper describing the virus in detail for the first time, including a picture of the virus infecting cells.

The new virus, dubbed nCoV-2019, is in the same family as SARS—a coronavirus that caused global mayhem starting in 2003—and even uses the same receptor to hack into a person’s lung cells, Li’s team found.

Outbreak: The current epidemic, which started in mid-December, has already affected more than 500 people, killing several. It may have originated in an animal market in Wuhan, a city of 11 million that Chinese authorities have put under quarantine.

Viruses can make the jump from animals to humans, especially when wild animals are kept and sold in food markets, as is alleged to be the case in Wuhan.

Gene detectives: It didn’t take long for researchers to grab the genetic sequence of the virus and blast it against big gene databases to see what other germs it is most similar to. Already the virus has been collected and decoded from at least 24 victims in Wuhan, Shenzhen, and other cities.

Snake snafu: Another Chinese team this week claimed the virus could have come from snakes, but that widely reported finding already looks like a mistake. The new analysis shows its genetic makeup is 96% identical to that of a coronavirus found in bats. “I would be very surprised if this were a snake virus,” says Timothy Sheahan, a virologist at the University of North Carolina. Bats were also the ultimate source of SARS, scientists believe.