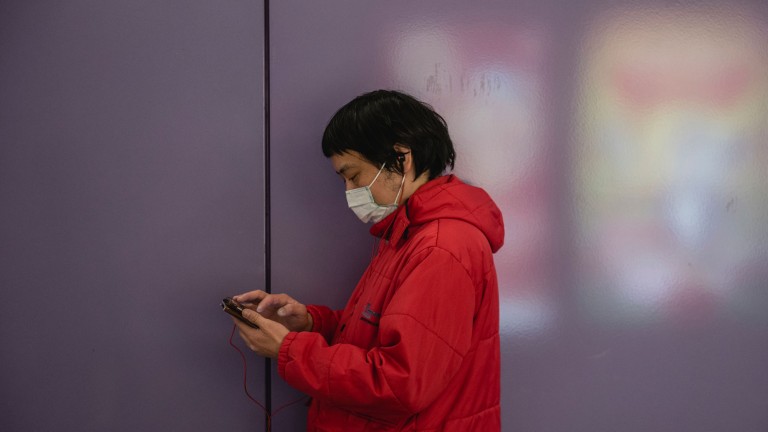 The news: China has launched a new “close contact detector” app that lets people check their level of risk for catching the coronavirus. It tells users if they have been near someone who has been confirmed or suspected of having the virus. The app was developed by government departments and the state-owned China Electronics Technology Group, using data collected by health and transport authorities, according to the state-run news agency Xinhua. The coronavirus has now spread from Wuhan in central China to almost every province in the country and around the world. It’s infected over 40,000 people and killed over 1,000, virtually all of them in China.

How it works: Users sign up to the app by scanning a QR code on their smartphones through popular apps like WeChat, Alipay, or QQ. They register using their phone number, and then enter their name and ID number. They can check the status of up to three other people by entering their ID numbers. If they are found to have been in close contact with someone who has the coronavirus, they are advised to stay at home and contact local health authorities.

“Close contact” covers a wide range of people, including those who live together, work together, or share a classroom as well as medical staff, family members, or other caregivers. Passengers on a plane are considered in close contact if they were seated within three rows of someone who has contracted the virus, according to the BBC.

Powered by mass surveillance: Such an app would not be possible without the Chinese government’s pervasive, high-tech surveillance of its citizens. A national video camera network, facial recognition software, and artificial intelligence combine to ensure that anonymity is almost impossible, although it’s not clear which elements are being used to power the app. In any case, it’s unlikely to be controversial in China, where attitudes to privacy and freedom differ to the West's.