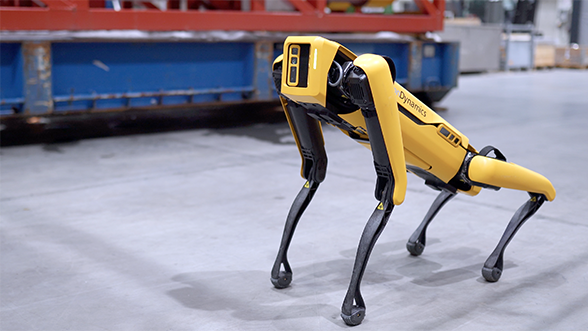 The news: Spot, a four-legged robot made by Boston Dynamics, has one of its first real-world assignments: oil and gas firm Aker BP will start using it to patrol a rig in the Skarv field in the Norwegian Sea this year. The hope is that it will be able to autonomously inspect the rig and capture data on gas leaks and other issues, generating reports for anything that requires further investigation.

Risky business: It will also be tested on its ability to perform work deemed high-risk for humans, and will be hooked up to telepresence operators onshore. “We believe robotics will help us operate more safely and with lower cost and emissions in the near future,” a spokesman for Aker BP said.

Testing: Aker BP has an agreement with an AI software company called Cognite to work out which tasks it is best suited to, and then deploy it in the wild. They’ve already tested Spot in simulated environments.

Spot breaks out of the lab: Boston Dynamics has made Spot available for companies to hire since September 2019, and since then about 75 firms have rented one, according to Wired. One is also working with the Massachusetts State Police bomb squad, according to filings uncovered by the ACLU.