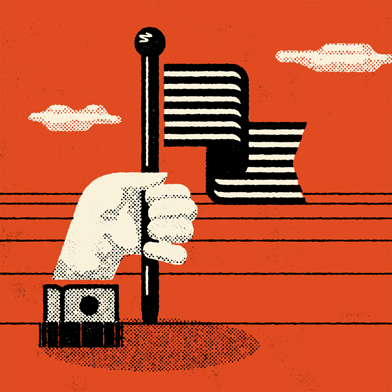 The frontiers of science provide ample space to explore innovation. Meet nine of the pioneers.

Hui Wu grew up in a small, quiet city in central China. Few families owned televisions in the 1980s (his was one of the lucky ones), and even fewer had cars. His mother biked to the hospital where she was a nurse. His father, a middle-school chemistry teacher, let him tag along to classes when he was eight or nine years old, sparking an interest in science and experimentation.

After earning a PhD at the elite Tsinghua University in Beijing, he went to Stanford as a postdoc, joining the lab of Yi Cui, one of the top battery chemists in the world. But later his father fell ill with lung cancer, and “as an only child, I don’t think I had any choice other than to come back to help my family,” he explains. In 2012, he took a job teaching and researching at Tsinghua. (His father came to Beijing to receive treatment but died last year.)

Wu uses nanostructured materials to improve the efficiency of batteries. And he feels the urgency of his quest even more back home, given the alarming levels of pollution in China’s large cities. Sitting in his office on the Tsinghua campus, with a blinking battery tester beside his desk, he reflects, “When I was in California, the sky was always bright blue, but I never see skies like that in Beijing.”

Longer-lasting batteries could extend the range of electric vehicles, which may be part of the solution to Beijing’s smog—vehicle emissions contribute roughly a third of the fine particles that blacken the skies. Better batteries could also increase storage capacity for solar and wind power, which would make those technologies more affordable in China.

Today’s consumer electronics and electric vehicles most commonly use lithium-ion batteries, in which lithium ions move between the electrodes during charging and discharging; the negative electrode is typically made of graphite. In theory, replacing graphite with silicon could vastly increase power density, giving batteries with the same weight a much longer life. But silicon swells in volume more than 300 percent as it charges, making it unstable. While at Stanford, Wu helped figure out (working in the same lab as Guihua Yu) how to use a porous polymer gel to encapsulate tiny particles of the silicon, allowing them to expand harmlessly in the space of the polymer matrix.

Wu prefers low-tech ways for himself: he lives with his lawyer wife and their toddler on the Tsinghua campus, and he rides a bicycle to his office. He appreciates practical solutions. “I don’t want to create a material that’s only feasible in the lab,” he says. “I’m interested in using science to solve practical problems of our daily life.”

Watch this Innovator at EmTech 2014
Meet the Innovators Under 35