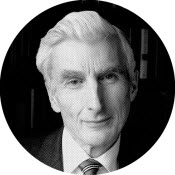 Martin Rees is a cosmologist and space scientist. He has contributed insights to many aspects of stars, black holes, galaxy evolution, the ‘big bang’ and the multiverse. He is based in Cambridge, UK, where he has been Director of the Institute of Astronomy, a Research Professor, and Master of Trinity College. He was President of the Royal Society during 2005–10. In 2005 he was appointed to the UK’s House of Lords. His books include Before the Beginning, Our Final Century, Just Six Numbers, Our Cosmic Habitat, Gravity’s Fatal Attraction, and From Here to Infinity: Scientific Horizons, an expanded version of his BBC Reith Lectures. A further book, What We Still don’t Know, is forthcoming.