What Google CEO Sundar Pichai’s visit to Congress taught us (spoiler: not a lot) 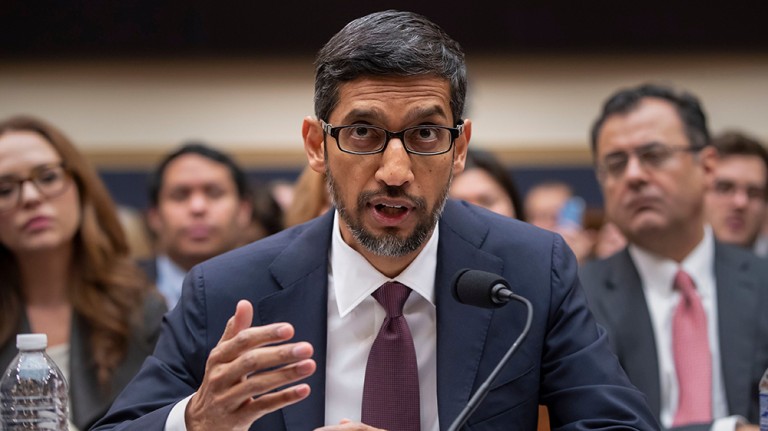 Google CEO Sundar Pichai’s three-hour appearance before the US House Judiciary Committee yesterday left us largely none the wiser, besides confirming how clueless most politicians are on technology.

What we learned: Despite his best evasive efforts, Pichai confirmed that Google is working on reentering the Chinese market—referring to the controversial search project “Dragonfly.” In a series of carefully worded statements Pichai said the project was an “internal” one and that there were no plans to launch a product in China “right now.” He also expressed support for a national data protection law in the US, describing the European Union’s General Data Protection Regulation as a “well-thought-out, well-crafted piece of legislation.”

Political theater: There were several contenders for a “peak stupid” prize. Iowa representative Steve King appeared to be unaware that Google does not manufacture iPhones. Another asked Pichai to explain why a Google search for the word “idiot” turns up pictures of Donald Trump, part of a (futile) line of questioning by Republicans convinced search results are biased against them. Texas representative Ted Poe demanded to know if Google was able to tell if he walked from one side of the room to another. “Not by default,” replied Pichai, explaining that it would depend which apps had been installed. Credit, however, to Rhode Island’s David Cicilline, who got closest to getting some answers from Pichai on Dragonfly.

Next time: It’d be good to hear some more questions on YouTube’s role in spreading conspiracy theories, Google’s vast data collection machinery, its security practices (a second Google+ hack came to light this week), and its anti-competitive behavior.