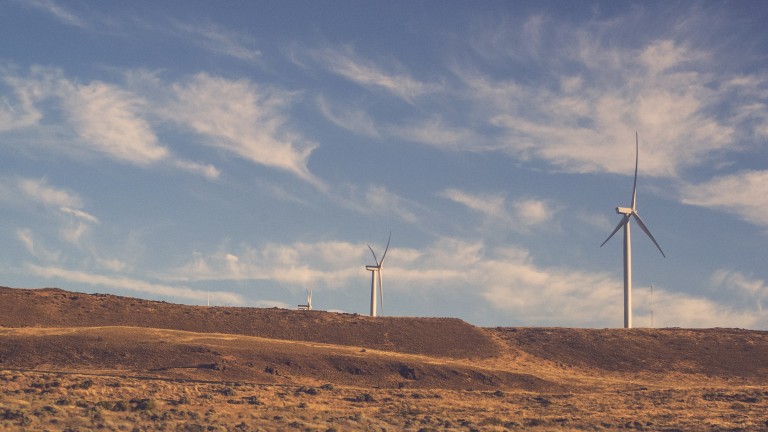 A Japanese manufacturer of gas turbines and a US owner of salt caverns have teamed up in an effort to develop what would be one of the world’s largest energy storage projects, relying on hydrogen and compressed air stored deep underground.

The details: The one-gigawatt Advanced Clean Energy Storage project, slated to be built in Millard County, Utah, would rely on some combination of four different technologies: hydrogen, compressed air, flow batteries, and a certain type of fuel cell.

Mitsubishi Hitachi Power Systems of Tokyo has developed a gas turbine technology that generates electricity from a mixture of natural gas and hydrogen, and is working on turbines that run completely on hydrogen, according to the announcement. Its partner on the project, Magnum Development, operates salt mines in the western US that store natural-gas liquids such as propane and butane. But it’s been exploring ways to use the caverns to store hydrogen, or energy in the form of compressed air.

The doubts: Some energy observers raised questions about the project’s viability, given the current economics of these technologies, neither of which is in wide use as a grid storage option. It was also conspicuous that the announcement didn’t identify customers, or sources of public or private financing, stating only that “additional strategic and financial partners will be invited to participate” in the weeks and months to come.

The longer-term promise: Finding ways to add vast amounts of cheap energy storage to electricity grids is crucial if clean but erratic renewable sources like wind and solar are to produce a growing share of total generation. But storage is limited today by the high prices and limited duration of batteries, and by geological and environmental constraints on cheaper options like pumped hydroelectric.

A growing number of researchers do believe hydrogen could eventually play an important role in grid-scale energy storage. The hope is that cheap surplus renewable electricity can be used to drive an “electrolysis” process that splits water into oxygen and hydrogen. But currently, electrolyzers are quite expensive and hydrogen can be difficult to transport, among other challenges.

Excess solar or wind generation could also be used to compress air in underground caverns. It can, in turn, be released as needed to generate electricity. Only a handful of such operations have been developed, as they’re capital-intensive projects that can only be built where empty caverns with the right sort of geology exist.

The need for such tools is likely to become more pressing—and the economics more promising—as levels of renewables rise and clean-energy mandates become more stringent.

Track record: Magnum was also a partner on an $8 billion project proposed in 2014 to send Wyoming wind generation to California, relying on storage in Utah salt caverns along the way.  But that project is “on hold” because it hasn’t secured a customer, according to partner Duke American Transmission’s website.

ImagePhoto by Louis Moncouyoux on Unsplash