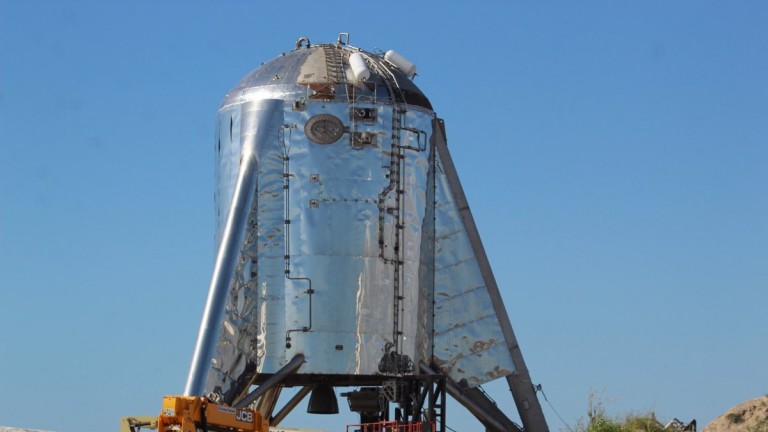 SpaceX has conducted its second ever free flight of Starhopper, the test prototype for its future Starship vehicle.

Small hop, big ambition: On Tuesday evening, from its launch facility in Boca Chica, Texas, Starhopper “hopped” about 490 feet (149 meters) into the air—over eight times higher than it did during its first flight test in late July—and flew for just over 57 seconds before safely returning back to the ground.

Starhopper is a 60-foot-tall stubby rocket ship with a stainless steel facade, resembling a bulky water tower. It’s meant to test out the new versions of SpaceX’s Raptor engines that will help propel Starship in spaceflight and ferry humans to the moon, Mars, and other worlds.

The second Starhopper test flight was supposed to occur Monday evening but was scrubbed at the last second due to an electrical wiring issue—the Raptor engine uses a new kind of ignition sequence that is still proving somewhat unreliable. SpaceX CEO Elon Musk found the issue “rather embarrassing.”

Giant leap for Starship: This was the final flight test for Starhopper, which will be stripped for reusable parts. Musk is expected to deliver an update on Starship development later this year.

The company is continuing to build a full-scale pair of reusable Starship prototypes, called Mk1 and Mk2, which are being constructed and tested by separate SpaceX teams. According to Musk, they could be flown on suborbital tests as early as this fall, and orbital flights perhaps next year—though given the company’s checkered track record with schedules, it’s best to treat those predictions cautiously.