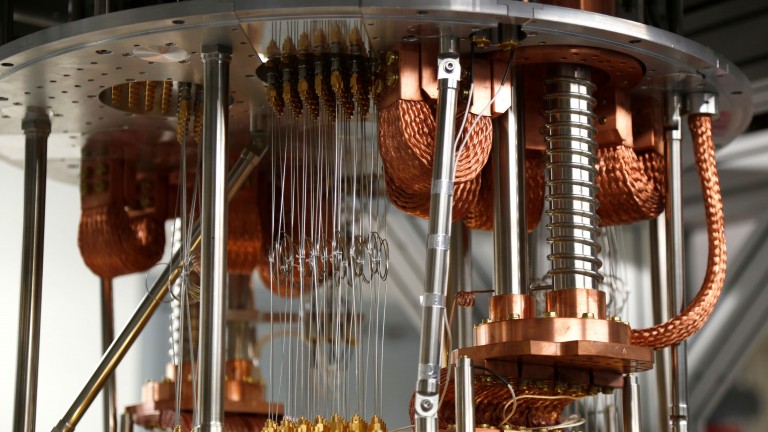 The machine will be available for researchers and companies to run applications via the cloud.

The news: IBM’s new computer, due to launch next month, will boast 53 quantum bits, or qubits, the elements that are the secret to quantum machines’ power (see our explainer for a description of qubits and the phenomena that make quantum computers so powerful). Google has a 72-qubit device, but it hasn’t let outsiders run programs on it; IBM’s machine, on the other hand, will be accessible via the cloud.

Cloud power: IBM has been promoting quantum computing via the cloud since 2016. To boost those efforts, the firm is opening a new center in New York state to house even more machines. Other companies developing quantum computers, like Rigetti Computing and Canada’s D-Wave, have also launched cloud services. Behind the scenes, there’s a race on to demonstrate quantum supremacy.

Quantum what? That’s the point at which a quantum computer can perform a task beyond the reach of even the most powerful conventional supercomputer. Google is rumored to be the closest to achieving this milestone—but hitting it won’t mean the machines will be ready for mainstream use. The task is likely to be a very narrow one, and plenty more work will be needed to create quantum computers capable of tackling a wide range of problems.